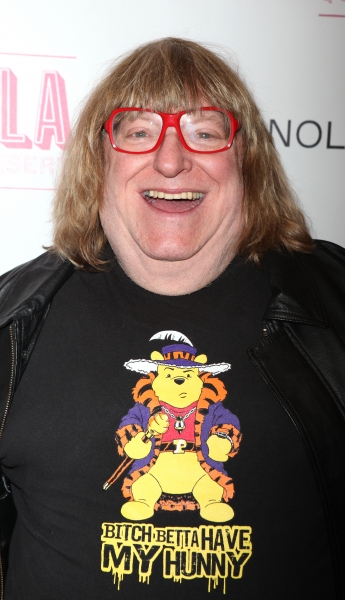 Longtime Oscar writer Bruce Vilanch isn’t one to mince words about awards-show hosts, so when we caught up with him last night at the premiere of Priscilla, Queen of the Desert, we had to ask him about James Franco and Anne Hathaway, who emceed this year’s poorly received Academy Awards broadcast. “I have to call James Franco and tell him the show’s over,” Vilanch quipped. “He doesn’t know. He took a nap and he woke up in class.” Does Vilanch attribute Franco’s sleepy performance to an actual lack of sleep? “He has so many balls in the air, he didn’t get to town till Thursday before the show on Sunday. And so we e-mailed a lot. But we had a lot of meetings. He had a bunch of people who were writing for him, and if it had been him alone, it would have been different. But it was him and Anne Hathaway, and they both had to be serviced. So there was a lot of communication beforehand. But he didn’t get there.”

“I don’t think he realized how big a deal it is to do it until he was actually confronted with it,” Vilanch continued. “I think he thought he would kind of … I don’t know what he thought. I thought maybe it was a performance-art prank, and then I realized he sincerely wanted to do it. But it’s outside of those guys’ comfort zones. The only people who know how to host those shows are people who get up onstage every night and say, ‘Good evening, ladies and gentlemen. A funny thing happened … ‘ Or people like Bette [Midler] who get up and sing all night and tell stories.”

Still, Vilanch had been in favor of the pairing, which was suggested by producers Bruce Cohen and Don Mischer. “I told them what I thought. I liked the two of them [James and Anne], and what I like about them is they both hosted Saturday Night Live successfully, and what that meant is they knew all about working live, with little rehearsal, with many script changes, and a lot of pressure. And that’s sort of half of the job right there of the Oscar show.”

One last question: Was Franco really stoned, as rumored?