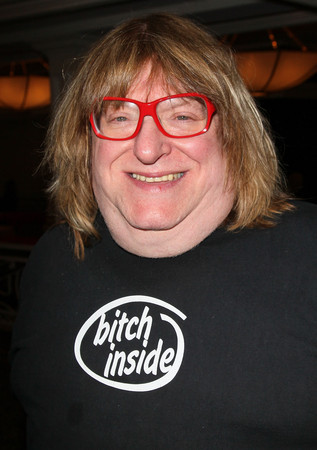 Two-time Emmy winner and theater veteranÂ Bruce VilanchÂ will play Fezziwig in the independent film,ScroogeÂ & Marley, which will be shot in Chicago in May and feature numerous local actors.

David Pevsner andÂ Tim KazurinskyÂ will play the title roles in this modern-day variation onCharles Dickens‘ classic holiday story,Â A Christmas Carol, which press notes say is “recounted from a gay sensibility with heart, comedy and music.” The film is based on an original script by Ellen Stoneking,Â Richard Knight, Jr. and the late Timothy Imse. It will be directed by Knight and Peter Neville. Original songs and the film’s music score are being written by Lisa McQueen.

The Ghosts of Christmas Past, Present and Future will be played by Ronnie Kroell, Megan Cavanagh and Jo Jo Baby, respectively. Child actors will includeÂ Liam JonesÂ as Tiny Tim, with siblings played by real-life twin sisters Dixon and Delaney Kaufman and real-life brothers Elijah and Keante Pendleton.