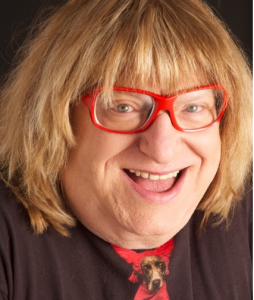 On Monday, March 2 at Marines’ Memorial Theater in San Francisco, Bruce Vilanch will host a one-night-only benefit cabaret performance of “Newsies.” The event will raise funds for The Richmond/Ermet AIDS Foundation (REAF).

“This is not a concert version of the ‘Newsies’ show, but an entirely original ‘one night only’ benefit show featuring cast members from the show, plus the three special guests,” explained Executive Director/Event Producer Ken Henderson of REAF.

Vilanch will be accompanied by company members from the national touring cast of the Tony Award-winning show “Newsies.” Also joining Vilanch is “America’s Got Talent” cabaret and comedy star Shawn Ryan.

The evening begins with a mini silent auction from 6:30-7:30 p.m., followed by the show until 9:45 p.m., capped off with a dessert party with the cast in the lobby of the theater, for VIP ticket holders.

The show is part of a series of “One Night Only” benefit cabaret shows that help raise funds for REAF’s mission. To date, REAF has worked with more than 50 touring Broadway shows to present this cabaret series, and every show is entirely different and unique.

“While they don’t perform music from their touring shows, what they do come up is amazing, creative and highly entertaining. It’s a chance for many of the cast members who may not have starring roles in their touring show to showcase the amazing talent that they do have,” said Henderson. “You don’t get cast in a big Broadway show if you don’t have big talent and these shows are a perfect example of that. From the stars to the swings, everyone gets their moment in the spotlight. These are truly ‘one-night only’ experiences you won’t see anywhere else.”