Playbill
Paul Gordon, Bruce Vilanch, Robert M. Sherman Among Contributors to LA Now and Then
BY ANDREW GANS
MAY 09, 2016 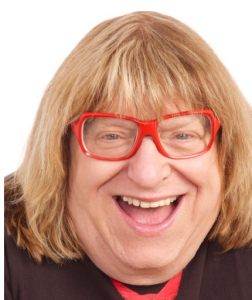 Conceived and directed by Grammy nominee Bruce Kimmel, LA Now and Then is described as a “new musical revue about the city that was and the city that is.”

April Audia and Robert Yacko will lead a company composed of LACC Academy students. The artists will be backed by a six-piece band under the leadership of musical director Richard Allen. Cheryl Baxter-Ratliff choreographs; orchestrations are by Lanny Meyers.