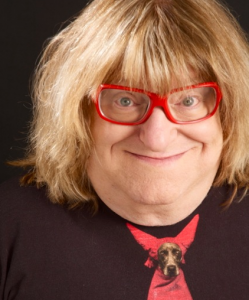 Question: How much is celebrity gossip worth?

Some 65 of our local beautiful people paid $500 (or more) each last week, to hear off-the-record, never-in-print juicy morsels about the private lives of Angelina Jolie, John Travolta, Richard Gere,Dolly Parton,Sophia Loren, Leonardo DiCaprio and a dozen other famous celebrities.

Other racy stories were told about stars like Elizabeth Taylor, Rock Hudson, Marlene Dietrich, and Sammy Davis, Jr. who are no longer with us but still make for great gossip.

The concept for this event was born more than a year ago when nationally-known photographer, producer and charity fundraiser Michael Childers got together with AAP Executive Director Mark Anton over “more than a few martinis.” As a result, Childers called some of his most informed (i.e. “best gossip”) Hollywood pals, inviting them over for an event called Dine and Dish, to raise money for AIDS Assistance Program.

That event was so successful, Childers and Anton repeated it last week, with five of Childers’ show biz pals known not only for their talent, but their access to all-the-dish-not-fit-to-print.

The celebrity gossip hounds this year were:

• Multiple Emmy-winner Bruce Vilanch, with a list of comic and acting awards longer than this report.

• Theater and film legend Ruta Lee, one of the desert’s most active and beloved stars.

The dinner was held in the magnificent, contemporary home of Lindsay Lewis and Dale Barton in Andreas Hills. After a deluxe prelude of mingling, libations, and a gourmet dinner, guests settled back into their chairs, eager for the juicy post-dessert they came for.

The guest celebrities gathered at the front of the room, perched on adjoining bar stools, ready for intimate conversation with 65 sophisticated guests who, on this night, looked more like eager school children sitting at the feet of not one, but six masters.

Emcee Corbet opened the conversation with a tongue-in-cheek advisory: “No recording or note taking will be permitted tonight. In fact, as soon as all your checks clear, we’re going to deny that this ever happened.”

Ruta Lee told a funny story that contained the words “Baptists” and “Hooters” in the same sentence.

When his pals kidded Vilanch about liking “the Warm Sands district of Palm Springs, “ he shot back, “Yeah, it used to be Hot Sands, but I’ve cooled it off a bit.”

And Love Goddess Judy had a sassy retort to just about everything said by any of the other guests.

Special guest Grace Robbins, widow of the “world’s best-selling author” Harold Robbins, spoke up from her table, playfully teasing guests about the scandalous revelations in her recently released book, “Cinderella and the Carpetbagger” — then she gave a signed copy of the book to each guest.

The biggest bonus was that each of the guests and celebrities went home with a clear conscience, knowing that the $100,000 grossed last year and this year provides enough food vouchers to buy groceries for hundreds of local men, women and children affected by HIV/AIDS.

MISSION: AIDS Assistance Program has one of the desert’s most aggressive – and entertaining – series of fundraisers in many price categories.