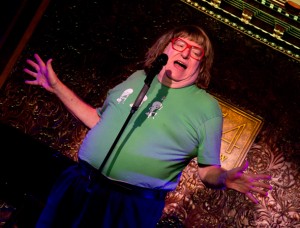 PORTLAND – Members and allies of Portland and Southwest Washington’s LGBTQ communities will gather Saturday and Sunday at Tom McCall Waterfront Park for the Portland Pride Festival.

It was a little less than a month ago that a judge struck down Oregon’s gay marriage ban and same-sex couples regained the right to marry, making this celebration even more joyous for festival-goers.

Comedy writer Bruce Vilanch is this year’s Master of Ceremonies for the festival, which will feature music acts, the Trans March, a block party, and the annual Pride Parade.

The waterfront park festivities were scheduled from noon to 6 p.m. Saturday and Sunday.

The parade kicks off Sunday at 11 a.m., when thousands of people will participate in the march through downtown.
To participate, you must register to walk. There are no same-day signups.

Streets along the parade route will close to traffic during the march.