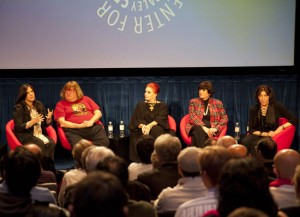 The documentary is currently playing in select movie theaters. A DVD of the film will be released in April, and will include additional material.