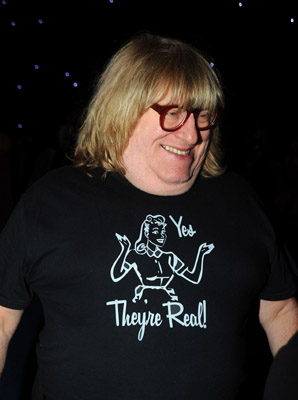 Starring, among others, Saturday Night Live veteran Rachel Dratch, show creator Eugene Pack, Sex in the City Wedding Planner Mario Cantone, Annie Golden, Michael McGlone, Maggie Wheeler from the hit TV show friends and Emmy award winner, Bruce Vilanch, who starred on Broadway as Edna Turnblad in the musical Hairspray and along side Whoopi Goldberg on The Hollywood Squares . One of New York Cityâ€™s most buzzed-about shows, Celebrity Autobiography pokes giant-size fun at the often-ridiculous memoirs of A-listers from Vanna White and Star Jones to Sylvester Stallone and the Jonas Brothers.

Additional Information:
How does Vanna flip her panels? What does Stallone have in his freezer? Why did Burt and Loni topple from the upper tier of their wedding cake? What makes the Jonas Brothers get along? Find all this out and more in the new hit comedy Celebrity Autobiography where super star memoirs are acted out live on stage. Audiences walk away from the show asking, “Did they actually write that?” Yes, we couldn’t make this stuff up!

Created and developed by Emmy award nominated writer-performer Eugene Pack and Dayle Reyfel, Celebrity Autobiography features a first rate comedic ensemble performing from the actual memoirs of a wide range of celebrities. The passages run the gamut from the “poetry” of Suzanne Somers to the shocking “romance tips” from Tommy Lee to the most famous Hollywood love triangle in history—Elizabeth Taylor, Debbie Reynolds, and Eddie Fisher. And what’s remarkable and unforgettably hilarious—It’s all in their own words.

Running for three sold out years in New York; Celebrity Autobiography recently won the 2009 Drama Desk Award in the category of Unique Theatrical Experience and the 2010 Bistro Awards. The show has been one of the most critically acclaimed productions ever in the Off-Broadway scene and one of the most “buzzed about shows” of recent years.