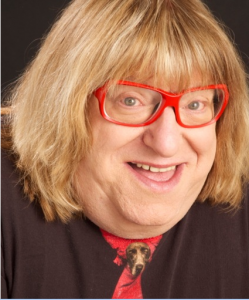 Have you ever wondered how the Academy Awards gets written every year? Bruce Vilanch is the man to ask. Starting as a writer on the broadcast 25 years ago, Vilanch has been the annual show’s head writer since 2000. What he specifically writes varies from host to host, but ultimately, everything you see on the telecast goes through him. Below, in an interview withVanity Fair writer Mike Sacks, Vilanch dishes on trying to make celebrities seem funny, the “cock joke” that Steve Martin refused to tell, and why exactly James Franco, Ellen DeGeneres, and David Letterman each bombed as hosts of the Oscars. The conversation is an excerpt from Poking a Dead Frog, Sacks’s new book of interviews with notable comedy writers such as Amy Poehler, Mel Brooks, and Adam McKay,which he put together as a follow-up to his similar 2009 collection, And Here’s the Kicker. You can buy the book in bookstores starting June 24, or preorder it here.

What’s the joke-writing preparation for a televised awards show such as the Oscars? How much time and effort are we talking about?
A tremendous amount. People have no idea. Billy Crystal came up with the idea of creating a huge playbook, almost like a football team would for a big game. The script itself is three hundred pages. It’s a big hefty tome, and it’s kept offstage, generally offstage left. The host will leaf through it during commercial breaks. It’s most based on what might happen during the broadcast. “Supposethis happens. What if that happens?” You know, just in case. So, you end up creating a lot of material: “Oh, if that happens, we’re covered.” You study who’s nominated to win all the awards, the movies these people are associated with, everything that’s necessary to come up with jokes. A ton of research.”

How many of these jokes, on average, end up being used during the performance?
Out of the hundreds that we write — really, hundreds — if one or two are used, it’s a big deal. We’ll start the actual writing process about two months before the ceremony—usually in December for a February or March broadcast.

It must be frustrating to come up with some many jokes each year, only to have about 2 percent used. Have there been any jokes you wished had been used but weren’t?
There’ve been a few. We had one joke [in 2003] that involved Steve Martin coming out after the monologue, and he was going to say, “I have good news and bad news. The bad news is that my fly was open throughout the monologue. The good news is the camera puts on ten pounds.” But Steve wouldn’t say the joke; he said it was a “cock joke.” He just didn’t feel comfortable doing a cock joke on the Academy Awards. I said, “But it’s not a cock joke! It’s a camera joke.” Everybody loved the joke. Even the network censor thought it was hilarious. We could have gotten away with it because it didn’t cross any kind of line, but the fact that the network censor thought it was hysterical meant we had done something right.

It might very well have become a classic if he did say it.
I know, but Steve felt it was just a little too anatomically correct. You can see the visual a bit too easily. I can understand why he would come to that conclusion. The host has to decide, “Do I want to take the audience to that place?”

The Academy Awards is a strange show to work on as a comedy writer. You’re writing jokes for over one billion people, of all ages, countries, backgrounds. How do you determine what is and what is not appropriate, without sapping out all the humor?
You have to be careful not to cross that weird line. There are celebrities you just can’t make jokes about, whether because it’s cruel or because they’ll be in the audience, or just because it’s too embarrassing a situation. Keep in mind that whatever a host says is going to live with them for the rest of their career. The choice you have to make is, Do I, as a comedian, want to be remembered for this joke or not? You can’t un-ring that bell.

Can you tell me about the backstage writing process during an Oscars broadcast? How do the writers work? Together or separately? Writing down jokes? Pitching them out loud?
It’s frantic. It’s chaos. It makes the fall of Saigon look tame. It’s all happening so, so quickly. My favorite example is from 2003, when Steve was hosting. Now, this goes back to something happening just before the commercial break that you can work off of. Michael Moore had won for Best Documentary Feature for Bowling for Columbine and he made a speech against the second Iraq War. Some in the audience booed, but we also noticed that some of the stagehands started booing him, too. When we returned from commercial break, Steve came out and said, “It’s so sweet backstage, you should have seen it. The Teamsters are helping Michael Moore into the trunk of his limo.” That was a joke that we came up with in the wings.

The problem is that the vibe in the room changes as the night progresses. As the night gets longer, there are more and more audience members who have not won an award. Their high hopes have disappeared. For every winner, there are at least four or five who won’t win. It gets chilly. The audience is not really paying attention. At this point, you’re getting down to the big awards; its been a long day. The audience would like to get out of there and start drinking—those who aren’t already potted, that is. So, by the end, the audience is not really paying close attention. Also, there are a hefty amount of seat fillers, because have children, have to relieve the babysitters, they get bored, they just leave. Say, for an example, there are ten supporting actor nominees and those categories are given early. Those ten faces will be gone, generally, by the middle to the end of the show. And they’ll be replaced by secretaries from Paramount who might not be too keen to laugh.

Were you responsible for some of the jokes that bombed the night Letterman hosted, such as the Uma/Oprah joke?
No. The Uma/Oprah joke was written by Rob Burnett [executive producer,Late Show With David Letterman], who lethally takes credit for it. Just lethal. I told Rob not to do it. I thought it was a bad idea to have David Letterman from New York TV making fun of these huge stars from Hollywood. Hosts are vital to the show’s tone. It’s a very specific role that the host plays. You have to bring your personality, but you have to do it in a clever way so it doesn’t feel like a retread of what you do at your other job. I think that’s what happened with Letterman. The comedy didn’t translate well. It takes a very specific type of performer to do well at the Oscars. Ellen DeGeneres [in 2007] had a different approach, and I don’t think it worked. She was very daytime. There wasn’t a sense of occasion. She was scared, I think, and wasn’t willing to go the extra mile. James Franco [in 2010] didn’t work out well at all. He was really out of his comfort zone. He’s not a live stage performer. It’s better if the hosts are comedians. They have to have a bit of an attitude. It’s easier for us writers to find words that suit a comedian’s attitude. Actors tend to act. It’s tough for them to play themselves, to have a persona. You’ll never see Johnny Depp performing An Evening With Johnny Depp.

What’s it like to write for celebrities presenting awards, many of whom are not used to performing comedy before a live audience?
It’s tough. It’s constantly a negotiation of some sort. Each of these celebrities has a flotilla of assistants who are advising them or what to say and not to say. A lot show up with their own writers, depending on who they are. And it’s hard for me to bitch about that. That kind of goes with the territory. So that doesn’t surprise me. What does surprise me is when you get people who don’t do this kind of performing for a living and they go into a major panic and every single word has to be edited by everybody. By their hairdressers, their yoga instructor, their publicist, their pet psychiatrist. Everybody’s got an opinion. And all of those people who are supposedly helping are really enemies of comedy, because they don’t want anybody to get into trouble. You can’t be funny by saying, “I’m not going to get anybody into trouble.” You know, that’s the risk you run. Read Freud on jokes and tell me that you’re not ever going to get anybody into trouble.