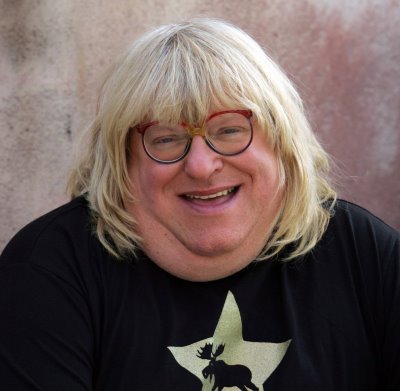 If thereâ€™s a writer for the stars more famous than Bruce Vilanch, we havenâ€™t heard of him. Bette Midler, Robin Williams, Cher, Whoopi Goldberg, Billy Crystal . . . and most hosts on more Oscar telecasts than we have time to list. He also wrote the legendaryStar Wars Holiday Special.

This week, Vilanch is bringing his stand-up act (which he insists is â€œnot an actâ€) to the Mansion of Saratoga Springs, as the first performer in the Stars Are Out Tonight series.

As one Denver-based critic descibed his act, â€œnothing stings or feels mean. His humor is all about being an insider and sharing anecdotes about the foibles of working in show business.â€

Bruce Vilanch will perform July 18 (Wednesday) and July 19 at 8 PM as part of the Stars Are Out Tonight series at the Mansion of Saratoga Springs (801 Route 29, Rock City Falls). For more info, call 885-1607 or visit themansionsaratoga.com.