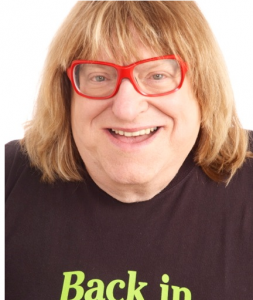 The Hollywood Museum is proud to offer an exclusive new exhibition – Reel to Real: Portrayals and Perceptions of Gays in Hollywood – an entertaining and informative retrospective of LGBT images in film and television throughout the decades. Check out photos from the event below!

The showcase runs through July 20, coinciding with LGBT Heritage Month and Outfest LA (July 10- 20). Featured in the collection are photos, costumes, props and iconic imagery from the past and present. The exhibit provides a unique perspective on how the homosexual community has been portrayed in Hollywood from early stereotypes to modern representations. The Reel to Real exhibition is sponsored by Wells FARGO Bank and The Hollywood Reporter (Media Sponsor).

The Petite Flower, Love Goddess, and Princess of Pantyshields, Judy Tenuta, remarked “I love, love doing shows for my Gays. They are FLAWLESS. The most enthusiastic, and adoring fans ever to appreciate that I even have my own religion: Judyism, and they are the first to worship at my altar! IT COULD HAPPEN!”

Among those who spoke to the gathering were Emmy winner, Doris Roberts, who commented, “I was once asked if I was gay, and I said ‘No … but, I am a Russian Jew.'” CELEBRATED Producer/Director, Cynthia J. Popp, spoke of the importance and honor it is to be part of something as meaningful as the transgender storyline, currently playing out on “The Bold and the Beautiful,” while comedienne, Geri Jewell stated “Over a decade ago I decided to come out … as someone with Cerebral Palsy.” After a pause during laughter, she added “Seriously, just as I was born with Cerebral Palsy, I was also born a Lesbian. This has made me a more understanding, caring, and compassionate human being.”

Among the impressive and eclectic array of paraphernalia and memorabilia on display are items from “Modern Family,” “Orange Is The New Black,” “Life Interrupted,” “Two and a Half Men,” “Hot In Cleveland,” “Days Of Our Lives,” the controversial “K-11,” “The Bold and the Beautiful,” and Tyler Perry’s “The Haves and Have Nots.” Also included are items representing the considerable contributions made to entertainment by out and proud members of the industry including the sheet music for “I am What I am” by Jerry Herman and costumes from his hit productions, such as “LA Cage Aux Folles” and “Hello Dolly!,” costumes worn by noted actors such as Ramon Navarro (“Ben Hur”), Rock Hudson (“Captain Lightfoot”), Agnes Moorehead (“Bewitched”), and Nathan Lane (“Bird Cage”), Lily Tomlin’s extra large rocking chair from LaughIn and the walk of fame plaque commemorating the star she shares with her partner, Jane Wagner, and famous T-Shirts worn by comedy stars Bruce Vilanch and Geri Jewell. Of particular interest to patrons were dresses by designers, Nolan Miller, Bob Mackie and the late creator of the Best and Worst Dressed List, Mr. Blackwell and his life partner of 59 years, R. L. Spencer.

“The museum welcomes the opportunity to create and showcase this important exhibition, sharing with the public the artistic expression of the LGBT culture and its transformative impact on the world through the entertainment industry,” says Donelle Dadigan, Founder and President of The Hollywood Museum

This and so much more are waiting to be experienced by patrons who visit the museum during the presentations limited run.

The Hollywood Museum in the historic Max Factor Building, located in the heart of Hollywood, just steps from the Hollywood Walk of Fame, houses the largest collection of entertainment memorabilia in the world. It attracts fans from around the world and has been named the #1 top tourist attraction in Hollywood by LA Weekly, and one of the “Top 10” Museums in LA by the LA Tourism and Convention Board.