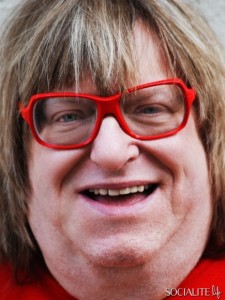 Bruce Vilanch is coming to Mahwah for a one-night stand-up comedy gig, Ramapo College announced this week. The College’s Berrie Center released the following information about the event:

Multi Emmy Award-Winner Bruce Vilanch brings his hysterical stand-up act to the Berrie Center for Performing and Visual Arts at Ramapo College of New Jersey on Saturday, April 27, at 8 p.m.

Vilanch has been the head writer for the past 23 Academy Award ceremonies. Bruce Vilanch has also written for hosts such as David Letterman, Billy Crystal, and James Franco. Additionally, he has written for Bette Midler, Cher, Robin Williams, Diana Ross and Star Wars Jedis. Roger Ebert praised Bruce Vilanch as being  “a foil, a collaborator, a dueling partner, [and] a lateral thinker,” who helps stars and hosts move in the direction they want to go.

Audiences may recognize Bruce Vilanch for his years on television’s Hollywood Squares with Whoopi Goldberg and for his Broadway run as “Edna Turnblad” in the smash hit “Hairspray.” Vilanch has also been featured in the TV-movie “It Nearly Wasn’t Christmas” and the documentary “Get Bruce!”