Broadway World
Jordin Sparks, Betty Buckley and More to Headline ONE NIGHT WITH THE STARS for Wigs & Wishes
by Christina Mancuso Oct. 31, 2017 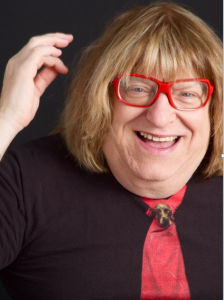 Wigs & Wishes will present “One Night with the Stars” on December 4, 2017 in New York City at Madison Square Garden. The Garden Theater holds 5700 seats.

Ticket prices range from $66 to $1006 for VIP seating that includes celebrity meet and greet, swag bag and seating in the first three rows. Tickets can be purchased HERE.

“One Night with the Stars” is directed by Billy Blanks Jr. who has been the performance director at the newly renovated Wall Street Theater in Norwalk, CT for the past year.

Below, check out a short video about Wigs & Wishes!

Famed hairstylist, Martino Cartier is the founder of the non-profit Wigs & Wishes charity providing high end wigs and granting once in a lifetime wishes for children battling cancer. Inspired by his dear friend’s brave battle and triumph over cancer, Martino Cartier set out to create a network of fellow salon owners, stylists and beauty industry experts united in their mission to ease the stress and pain felt by women battling cancer and suffering from hair loss as well as granting wishes to children. Some of the recent wishes granted include a day playing basketball with legendary player Shaquille O’Neal and a personal facetime conversation with Taylor Swift. Visit www.martinocartier.com for more information.

Celebrity Stylist, Martino Cartier, is a successful salon owner with a staff of over 50. He has been featured on Bravo TV, Modern Salon Magazine, Vogue, Launchpad, Behind the Chair, Salon Today, and The Golden Globes. Before creating his own brand, Martino By Martino Cartier, he was the International Artistic Director for Keratin Complex and the Global Artistic Director for Hotheads. Martino and his team have been featured at all of the major hair shows in North America including Waldorf Astoria Intercoiffure and Fontainebleau Intercoiffure. Martino has been featured along with Tabatha Coffey, Kim Vo, Ken Paves, John Frieda and many more at the Stylist Choice Awards.

Jordin Sparks, Betty Buckley and More to Headline ONE NIGHT WITH THE STARS for Wigs & WishesSelf-taught and working professionally from his youth, Billy Blanks Jr. gained much exposure and experience in the world of dance and entertainment as a young teen who choreographed school musical productions and created after school dance groups. He has been featured in music videos with Paula Abdul, Madonna, Crystal Method, Quincy Jones, and Babyface. His TV credits include: American Dreams, The Practice, Sister Sister, Kids Incorporated, Homeboys From Outer Space, My Cousin Skeeter, and The Tonight Show. He starred in the touring company Fame and went on to direct and choreograph the We Sparkle Take II Celebrity Concert with Tom Hanks, Jason Alexander, Brian Cranston, Joey Lawrence, Britney Spears, Michael Chiklis, Hal Sparks, and the cast of Will & Grace. He launched the MoveTube network at www.youtube.com/channel/UCv1ooht_32QrbfsfeikldjQ and is currently producer and director at the Wall Street Theater in CT. Billy Blanks Jr. is the creator of Dance It Out® (DIO®) one of the most successful dance fitness programs worldwide. He is the son of Tae Bo® creator Billy Blanks.