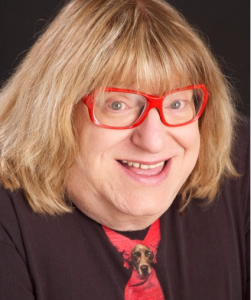 Joking that the event was “a sucker punch into the belly of Hollywood,” AT&T’s SVP of original content Chris Long hosted a screening and after-party Oct. 6 at the Pacific Design Center celebrating the launch of Kingdom’s second season on DirecTV (since July the satellite broadcaster has been an AT&T subsidiary.)

The sucker punch image went along with Kingdom being based in the world of mixed martial arts. “The show is a snapshot into American life for blue collar have nots,” said Long. “You talk to any fighter who isn’t Floyd Mayweather and they say they fight to eat.”

After the screening, Bruce Vilanch joked that “not since Real Housewives of New Jersey have I seen such violence” but despite the show’s pugilistic setting the screening was civilized enough. (Though the PDC’s screening room could use more space between aisles. Being on a Spirit Airlines flight comes to mind.)

At the after-party, Kingdom creator Byron Balasco described his show as a “visceral family drama that extends into the fight world.” He added that world inside the ring is simple “it’s binary. You win or you lose. It’s outside the cage that things are complex.”