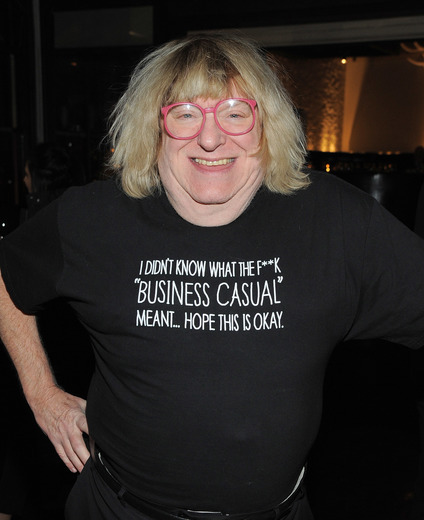 “We are incredibly honored to have the Lears as our 2018 Hollywood Icon Award recipient,” said Women’s Guild President Gina Furth. “Norman is one of the most influential and groundbreaking sitcom creators in TV history, and he has provided thousands of opportunities to people in the industry for decades.”

Lyn and Norman Lear accepted the award before over 500 attendees at the Women’s Guild Cedars-Sinai 60th Anniversary Diamond Jubilee Gala. Before presenting the award, Pierce Brosnan stated, “When approached to present this honor, I wanted to know more about the meaning behind the award. I learned that the Hollywood Icon Award was established to honor outstanding professional accomplishments along with the great heart and humanity of the entertainment industry. Women’s Guild, you have nailed it. The very remarkable Norman is a true Hollywood legend. No matter what hat he is wearing – creator, producer, writer or director – his creative genius has been THE VOICE of our times, and his artistry has crossed generations.”

In 2013, Women’s Guild Cedars-Sinai pledged $10 million in five years to the simulation center, where high-tech patient simulators and next-generation technology provide critical training for health professionals. Located at Cedars-Sinai, the innovative simulation center looks, feels, and sounds exactly like an actual hospital setting. It features high-tech operating and exam rooms, patient rooms and delivery rooms. Everything is real and completely functional – except for the patients. Lifelike robotic mannequins breathe, blink and cry out for help. Doctors and nurses must dive into unfamiliar scenarios in which they might deliver a (robotic) baby or conduct complex surgery. This vital training ground for medical professionals provides a unique environment to practice new medical techniques. It is a valued resource for the local community where EMT teams simulate Los Angeles emergency scenarios, as well as a model paving the way for hospitals around the nation.< Women's Guild Cedars-Sinai fulfilled its $20 million pledge to the Lung Institute at Cedars-Sinai two years ahead of schedule and is near completion for its pledge to Women's Guild Simulation Center for Advanced Clinical Skills. The Women's Guild has been inspiring innovation at Cedars-Sinai Medical Center for more than a half century. Its members share a powerful commitment to supporting world-class healthcare, research and innovation. The Women's Guild has committed $10 million for the Women's Guild Simulation Center for Advanced Clinical Skills. Since 1957, the Women's Guild has been making a difference in the lives of patients, raising close to $50 million in support of Cedars-Sinai's most critical work, including projects at the Cedars-Sinai Women's Guild Lung Institute and the Saul and Joyce Brandman Breast Center (A project of Women's Guild at the Samuel Oschin Comprehensive Cancer Institute.) Cedars-Sinai is a national leader in providing high-quality, patient-centered healthcare encompassing primary care as well as specialized medicine and conducting research that leads to lifesaving discoveries and innovations. Since its beginning in 1902, Cedars-Sinai has evolved to meet the healthcare needs of one of the most diverse regions in the nation, continually setting new standards in quality and innovation in patient care, research, teaching and community service. Today, Cedars-Sinai is widely known for its national leadership in transforming healthcare to the benefit of patients. Cedars-Sinai impacts the future of healthcare globally by developing new approaches to treatment and educating tomorrow's physicians and other health professionals. At the same time, Cedars-Sinai demonstrates a longstanding commitment to strengthening the Los Angeles community through wide-ranging programs that improve the health of its most vulnerable residents.