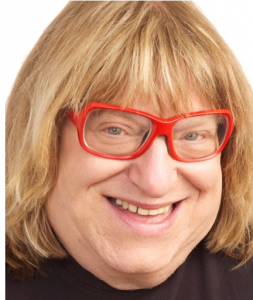 Hotel Nikko San Francisco and Michael Feinstein have announced two upcoming performers at the all-new Feinstein’s at the Nikko — actor and comedian Bruce Vilanch and Tony Award nominated composers Pasek and Paul. Located within Hotel Nikko (222 Mason Street, San Francisco), Feinstein’s at the Nikko will present a wide range of entertainers all within an intimate 140-seat cabaret setting. Bruce Vilanch will perform for one-night-only on Thursday, July 18th at 8 p.m. Pasek and Paul will perform two performances only – Friday, July 19 at 8 p.m. and Saturday, July 20 at 7 p.m.

Currently celebrating his fifteenth year as Lindsay Lohan’s sobriety coach, Bruce Vilanch is checking in at Feinstein’s at The Nikko for one night only, to dispatch more updates on his bizarre career behind, before, and squatting over the footlights. A Hairspray star, a Hollywood Square, and the latest success story on Christian Mingle, (who just hooked him up with a guy who used to be Pope), Bruce has more than a few stories to tell.

Benj Pasek and Justin Paul are the Tony-nominated songwriters of the Broadway musical A Christmas Story, which opened in November 2012 and enjoyed a critically-acclaimed, record-breaking run at the Lunt-Fontanne Theatre. In addition to the Best Score nomination, A Christmas Story also received Tony nominations for Best Musical and Best Book. The holiday musical was named one of the Top 10 Shows of 2012 by Time Magazine, shared recognition as the #1 Musical of 2012 in USA Today and received Drama Desk and Outer Critics Circle nominations for Outstanding New Broadway Musical. Benj and Justin’s score for the show also received a Drama Desk nomination for Outstanding Music.

Benj & Justin are also the composers behind the Off-Broadway musical Dogfight, a Best New Musical nominee for the Drama League, Lucille Lortel and Outer Critics Circle awards. Benj and Justin also received an Outer Critics Circle Best Score nomination for their work on the show. Dogfight premiered in July 2012 at Second Stage Theatre, and a cast album, produced by Sh-K-Boom/Ghostlight Records, was released in May 2013. The album debuted in the top 50 albums on iTunes.

As television songwriters, their original songs were featured on Season 2 of NBC’s “Smash,” and have risen to the Top 25 on the iTunes Pop Charts.

The duo made their debut as songwriters with their widely-acclaimed song cycle Edges, which is licensed by Music Theatre International and has had hundreds of productions worldwide, including South Korea, Australia, China, South Africa, Singapore, France, the Philippines, Denmark and more. Other theatrical works include James & the Giant Peach, Duck for President and If You Give a Pig a Pancake. Their other musical work for TV can be seen on “Sesame Street” and “Johnny & the Sprites” (Disney TV series). Performances of their songs have been featured on “Late Night with Jimmy Fallon,” “The View,” “Good Morning America,” “CBS Sunday Morning,” “VH1 Morning Buzz,” “The Rosie Show,” “Fox & Friends,” and more.

Benj & Justin are the recipients of the 2011 Richard Rodgers Award for Musical Theatre from the American Academy of Arts and Letters, a 2011 Sundance Institute Fellowship, the 2011 ASCAP Richard Rodgers New Horizons Award, the 2011 ASCAP Songwriters Fellowship Award, and a 2007-2008 Dramatists Guild Fellowship. They are the youngest recipients of the Jonathan Larson Award (2007) in the foundation’s history. They have participated in ASCAP’s Johnny Mercer Songwriters Project and were named one of Dramatist Magazine’s “50 to Watch” in Contemporary Theatre.

As performers, Benj & Justin have traveled throughout North America, Europe & Australia performing concerts of their work. They also teach master classes in songwriting and theatre performance at universities around the world. They are proud graduates of the University of Michigan BFA Musical Theatre program and members of the Dramatists Guild of America. They are currently at work on a new original musical with playwright Steven Levenson and director Michael Greif.

There is a $20 food and beverage minimum per person inside the showroom which guests can use towards cocktails as well as a variety of small plates crafted exclusively for Feinstein’s at the Nikko by Executive Chef Philippe Striffeler, through Restaurant Anzu. Cheese and dessert platters will also be available in the showroom. All seating at Feinstein’s at the Nikko is cabaret style and available on a first-come, first-served basis within the section purchased. Guests who purchase the prix-fixe dinner at Restaurant Anzu will receive a complimentary section upgrade (subject to availability) and get to choose their exact seat locations within the upgraded section.

Guests of Feinstein’s at the Nikko can enjoy a variety of food and beverage options before performances. Kanpai Lounge, located in Hotel Nikko’s lobby, offers light cuisine, a full bar and specialty cocktails. Restaurant Anzu, Hotel Nikko’s intimate restaurant located on the second floor, serves sustainable California cuisine enhanced with Asian flavors. Restaurant Anzu will also offer Feinstein’s at the Nikko guests a special three-course prix-fixe dinner ($45 per person) prior to all performances. Reservations can be made by calling (415) 394-1100.

Other upcoming performers at Feinstein’s at the Nikko include:

EMILY BERGL · “UNTIL THE REAL THING COMES ALONG”