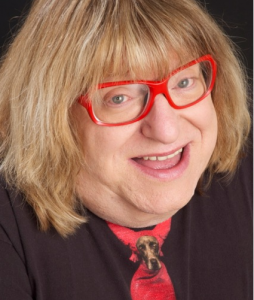 UnsungMusicalsCo. (UMC) will continue its 2014 developmental reading series July 24 at The New York Public Library for the Performing Arts at Lincoln Center with a presentation of I Had a Ball in the Bruno Walter Auditorium.

I Had a Ball, the 1964 Coney Island musical comedy, has a book by Tony Award winner Jerome Chodorov and a score by Stan Freeman and Jack Lawrence. The score has been newly arranged by musical director Fran Minarik.

I Had a Ball is described as “a vibrant, colorful confection following the delightfully eccentric denizens of Coney Island and the feisty fortune-teller who singlehandedly sets off a series of raucous romantic entanglements. Sparks fly, love blossoms, and hilarious hijinks ensue in this bright and brassy entertainment!”

The Bruno Walter Auditorium of The New York Public Library for the Performing Arts is located at 111 Amsterdam Avenue, between 64th and 65th Streets. Admission is free, and seating is on a first-come, first-served basis. For more information visit www.UnsungMusicals.org.