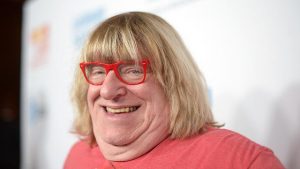 He’s a comedy writer but, for Bruce Vilanch, there was nothing funny about Election Day 2016.

As the results came in, Vilanch was working on a project in Los Angeles.

“I was writing, and every now and again, I would shift from my work to go online to see what was going on,” said the “Hollywood Squares” alum.

“At first I went to Facebook and there were all these people saying, ‘This is getting scary,’ ” Vilanch, who supported Democratic presidential nominee Hillary Clinton, said. “And I thought ‘gee, you mean she’s not winning?’ ”

“And then people began calling. It was like that scene out of ‘American Horror Story’ this season, where people can’t believe what’s going on and have to share,” he said.

“So it was a strange, surreal evening,” Vilanch, a writer for the Academy Awards, said. “You step into an episode of ‘Twilight Zone,’ or something.”