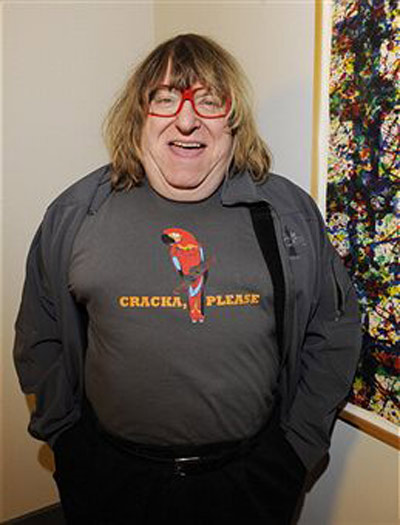 Atlantis Events’ Allure of the Seas cruise will set sail for the Caribbean from Ft. Lauderdale, Florida, on January 29th; when it does, comedian and Broadway veteran Bruce Vilanch will host the onboard Comedy Club, and AfterElton.com reports that joining Vilanch on the cruise will be Tony Award winner Idina Menzel.

Menzel has a diverse career on stage and in film, television, and music. She recently appeared in the television hit Glee, and is currently on a sold-out tour, performing with leading orchestras around the country. In 2009 Ms. Menzel co-starred with Josh Groban in the concert version of Chess: The Musical, recorded at London’s Royal Albert Hall and broadcast on PBS. In December 2005 she completed her role as the misunderstood Elphaba in Broadway’s Wicked, for which she received a Tony Award for Lead Actress in a Musical and a Drama Desk Award nomination.

She reprised the role in London’s West End in September 2006, receiving the Theatregoers Choice Award for Best Actress in a Musical. She also starred in Michael John LaChiusa’s musical See What I Wanna See, directed by Ted Sperling at The Public Theater, garnering Drama Desk and Drama League Award nominations. Other honors included a Tony nomination for her debut performance as Maureen in the original production of Rent, and a Drama Desk nomination for her performance as Kate in Manhattan Theater Club’s Off-Broadway original musical, The Wild Party.

The cruise is described as “the largest and most extravagant gay cruise in history onboard the biggest cruise ship ever built â€“ the awe-inspiring Allure of the Seas. Weâ€™ve reinvented the gay cruise with superstar entertainment, outrageously fantastic parties, and more fun than you ever imagined in a week. Itâ€™s like having the best of Miami, Vegas, and New York in the middle of the Caribbean. Sail with Atlantis this winter for a cruise of truly epic proportions!”