Bruce Vilanch to perform at benefit for film
Posted By Stacy Briggs, Intelligencer Features Editor On October 14, 2008 @ 2:09 pm In Arts 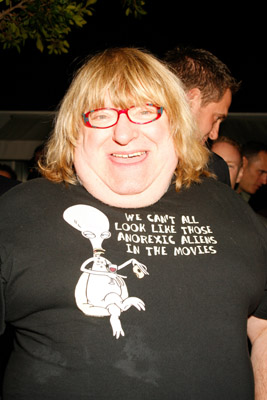 The evening promises to be devoted to storytelling and comedic insight into the bowels of Hollywood.

Vilanch is best known for his roles as the center square on “Hollywood Squares” and for his Broadway role as Edna Turnblad in John Waters’ “Hairspray.” He also has appeared the third season of VH1’s “Celebrity Fit Club” to have his body undergo an extreme makeover.

Most notably, Vilanch has written for more than 16 Oscar telecasts, as well as for the Tony Awards, the Grammy Awards and the Emmy Awards, as well as for stars such as Bette Midler, Billy Crystal, Whoopi Goldberg and David Letterman.

Butch Cordora of Philadelphia’s WYBE “In Bed With Butch” will be on hand to sign copies of his new 2009 calendar release with proceeds going toward the making of the film. Local singer-songwriter Matthew Casey will perform two original songs which he wrote for the movie, “Our Town” and “Embraceable You,” with CDs available with proceeds to benefit the movie.

“Embraceable You,” scheduled for release in 2009, is a documentary that examines the inner beauty and inherent worth of each and every individual and explores the positive effects it has generated in the town of New Hope. It embodies the vision of how New Hope demonstrates what acceptance and understanding can accomplish as a model village for our time. It also seeks to inspire with examples and role models, motivating others to realize the potential in their own lives and communities.

Tickets: for the show â€” $35; for a pre-show VIP party at Triumph Brewing Company in New Hope (and priority seating at the show) â€” $60.