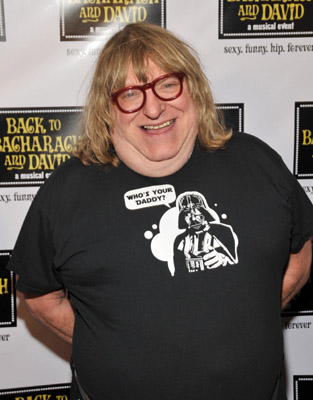 For those baby boomers who considered the music of Burt Bacharach and Hal David the height of adult sophistication, â€œBack to Bacharach and Davidâ€ — which opened at the Music Box @ Fonda theater Sunday (April 19) for monthlong run — not only brings back memories, but astounds with the depth and breadth of the composer-lyricist teamâ€™s cannon, responsible for more than 50 top 40 hits back in the day.

David might have been channeling his inner desperate housewife on tunes like â€œWives and Loversâ€ and â€œOne Less Bell to Answer,â€ with narratives that likely made most feminists cringe even when they were written more than 40 years ago, but Bacharachâ€™s compositions — with their deceptively complex time signatures — are so darned catchy itâ€™s hard not to get caught up in the sheer song craft of it all.

Besides, the revue-styled show has the sense to not take itself too seriously. For instance, the intrinsic melodrama of â€œI Just Donâ€™t Know What to Do With Myselfâ€ is deconstructed as comic relief and eventually morphs into a vampy mashup with â€œWhatâ€™s New Pussycat?â€

And even fans who think they know the Bacharach/David songbook intimately, there are a few surprise moments (as in â€œthey wrote that?â€), such as “April Fools,” which Aretha Franklin included on her 1972 masterpiece “Young, Gifted and Black” but was inexplicably left off the definitive Bacharach collection, “The Look of Love,” issued by Rhino Records a little more than a decade ago.

The show, which premiered off Broadway on 1993, has been restaged by original creators Kathy Najimy and Steve Gunderson, with the Music Box done up in supper club style; waitresses served drinks from a menu that included Thai chicken skewers and Buffalo wings — OK, it wasn’t the Cocoanut Grove but the entertainment was transporting.

The show is loaded with vocal talent as capable of nailing Bacharach’s bendy charts as they are with breathing dramatic life into the heartfelt vignettes the songs provide, be it romance, ennui or a particular brand of 60s idealism (and naivate) that gives new meaning to the phrase, “age of innocence.”

Two of the singers hail from “American Idol”: Tom Lowe, who has Justine Timberlake looks and personality but a Broadway-range voice, and first runner up from 2004 Diana DeGarmo. Stage and screen actresses Susan Mosher and Tressa Thomas fill out the cast, along with a nimble five-piece band under the crisp direction of Ben Toth.

The sheer tonal range of the show gives added significance to songs that many might have taken for granted as so much MOR fodder, as when “Walk on by” presented with heartbreaking pathos, or “Don’t Make Me Over” is reinvented a an R&B revue with the accent on empowerment.

Sometimes the juxtaposition of song and projected screen images can seem heavy-handed, such as when “Windows of the World” was sung against the backdrop of stills that summon the civil rights movement, anti-Vietnam war rallies and gay rights activists. Then the number transforms into “What the World Needs Now is Love” and all resistance fades.