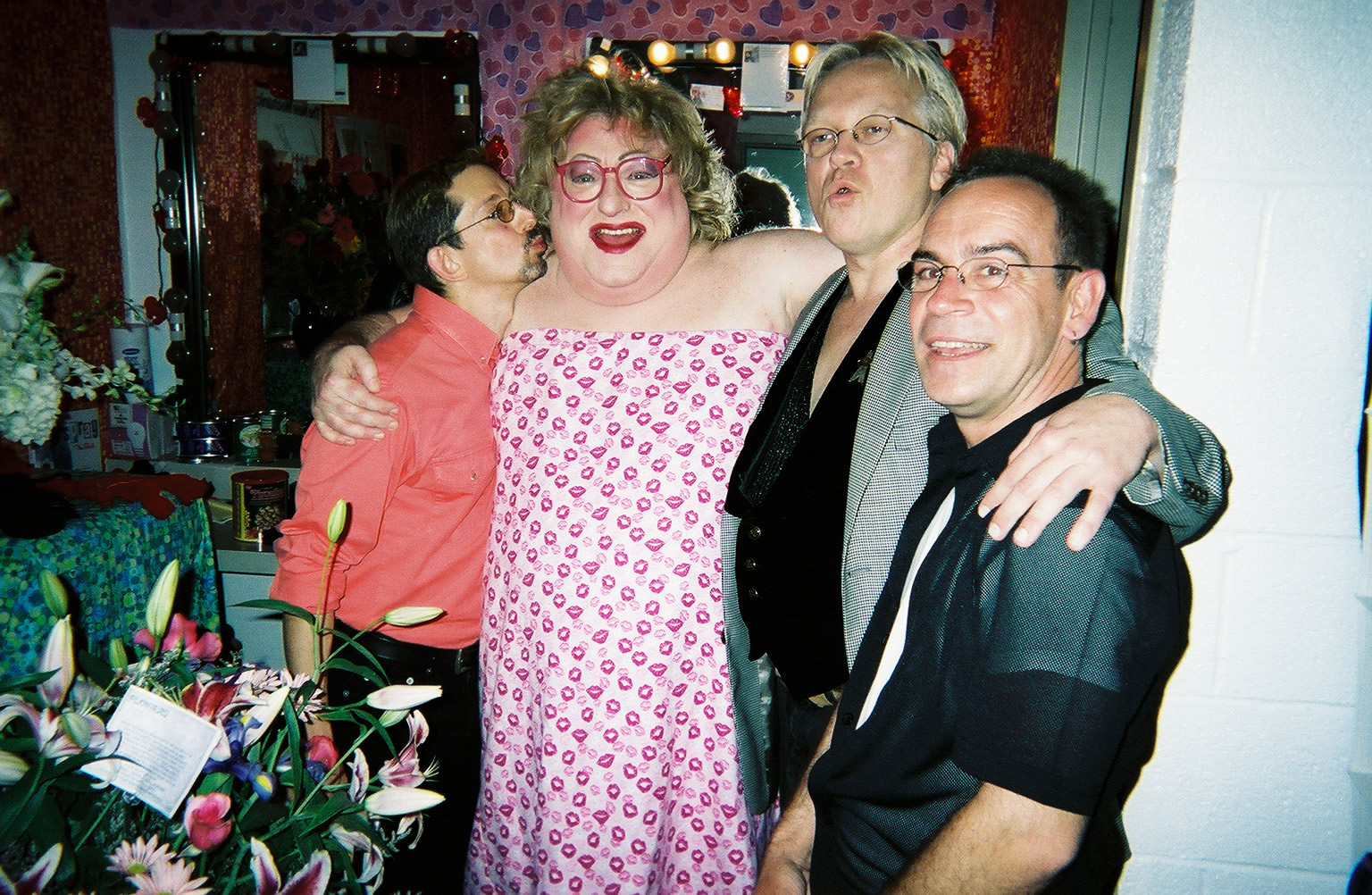 Mister D: Many thanks to Hairspray’s musical director, Jim Vukovich, for sending this in. What Bruce is doing is for a great cause, and it also gives you some insight into what a great guy he is…I’d love to see some of this! I’ll be placing links up today, at some point, to some of the many charities Bruce helps out with, along with the one mentioned in Mr. Vukovich’s article. Thanks again, Jim:

Just checking in with you. The show is still going strong. We’re currently in a fundraising drive to benefit “BROADWAY CARES/EQUITY FIGHTS AIDS.” So at the end of our show after the bows while the cast is still on stage and Bruce is in his knock out final outfit, (I don’t want to describe it and give it away), he (Bruce) then speaks to the audience about the fundraising that takes place in the lobby while the audience is leaving. Four different members of our cast go to the lobby in costume to greet the audience and collect money for the charity after Bruce’s curtain speech.

Anyway, this is supposed to occur after every show for the next 6 weeks (I think!). Anyone who has the opportunity to see the show in the next six weeks will not only see a kick ass show called Hairspray but will also have the rare opportunity to see Bruce basically do a short “stand up” routine of quips and one liners that are truly hilarious in hopes of getting the audience to donate cash on the way out of the theatre. It’s a wonderful moment. He’s funny, endearing, witty as hell, and one great guy. So if you can see the show in the next 5 to 6 weeks, you should be able to see Bruce in another light after the show.