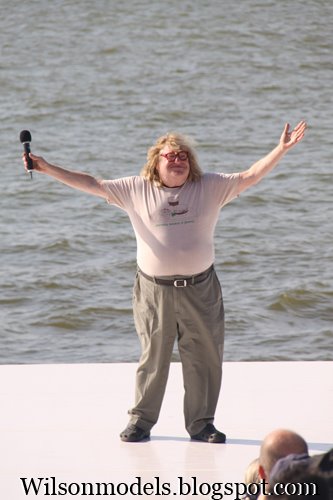 “I am Chastity Bono,” said funnyman Bruce Vilanch on entering the stage at the Fire Island Dance Festival, which he MC’d. “I’m in transition.”

“My entire adult life, I’ve been mistaken for Chastity Bono,” he told the crowd. “By her mother.”

He added that when he went to Vegas to write Cher‘s act for her, she greeted him with, “Vilanch, you fat fuck. You still in the business?”

He sardonically said he responded by pointing at her features and saying, “I like that face. Keep this one.”

And how old is the one-named superstar, anyway? “They opened King Tut’s tomb,” claimed Vilanch, “and there was a note: ‘To Cher…’.”