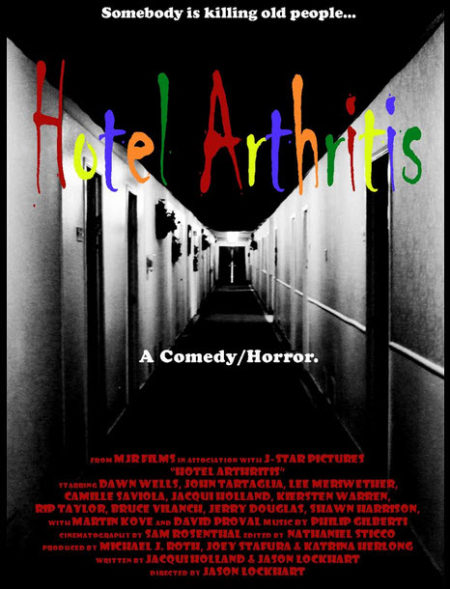 Somebody is killing old people. The weapon of choice: a secret. They are being offed by a masked killer who stalks the halls of the small retirement community in which they live. The story opens with a terrifying murder, creating space on the waiting list for Rose to move in. Upon Roseâ€™s arrival, she is taken on a tour of the grounds by the quirky, offbeat manager: Dale. The odd and brightly colored characters continue to pop up as Fanny, her Jewish gossiping neighbor, introduces Rose to â€œthe gang.â€ The routine of daily life is all stirred up at the moment. People are disappearing, chaos is erupting, thereâ€™s talk of a ghost, and to top things off, thereâ€™s an STD outbreak! As terror rises throughout the building, the fear of whoâ€™s next and who the killer may be, continues to grow. We find ourselves in the game of â€œWhodunit?â€ Is it Desperella: the groundâ€™s custodial manager? Is it Kitty: the sexy activities director? Or Zeke: her punk rock boyfriend? Maybe itâ€™s one of the elder folks suffering from dementia or seeking some sort of revengeâ€¦ Full of laughs and full of scares – youâ€™ll be on the edge of your seat from the moment you enter the world of Lake View Retirement Home: The place where people come to liveâ€¦ until they die!