BroadwayWorld.com
Photo Flash: A&O’s Celebration of Caring Event
Back to the Article
by BWW News Desk 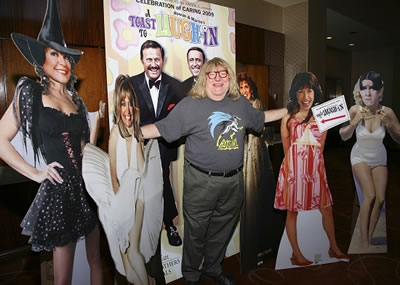 The 2009 celebration included a display of original costumes on loan from NBC/Universal as Actors and Others tributed the cast, crew and special guests of the hit series that made “beautiful downtown Burbank” famous – Rowan & Martin’s LAUGH-IN, while the 2009 Award of Caring will be presented to one of America’s top entrepreneurs, humanitarians and animal lovers-Mr. Dick Van Patten. Through his company Natural Balance Pet Foods, Mr. Van Patten has been able to help and support many worthy animal organizations including the wild animal preserve Shambala with the company specail exotic feline blend.

“It is so nIce To honor a program that brought so much laughter to the world. Not like today’s programs that offer so much violence and blood, like CSI, Dexter … The View.” – Nancy Sinatra

Actors and Others for Animals opened its doors in 1971 and utilized the celebrity status of those early members to draw vital media attention on the plight of animals and influence needed change. Today, Actors and Others is still reshaping public awareness of animals.

“I’ve always supported animals, in fact I am wearing one. My hair piece was taken from the hind leg of a dog. Everytime I walk past a tree the left side goes up.”- Rip Taylor

Thanks to the celebrity status of many such as their founding members, including Doris Day, Jackie Joseph and Lucie Arnaz, Actors and Others is proud that throughout its history it has received the general support of hundreds of personalities from all walks of the entertainment world. Despite pressing schedules, these animal lovers make the time in their busy lives to help. On Actors and Others’ behalf, these compassionate celebrities attend fundraising events, appear on game shows, play in golf tournaments, appear in public service announcements and donate popular memorabilia to be auctioned for the worthy cause. No personality is paid to appear for Actors and Others. Instead, they enthusiastically use the strength of their star power to educate, inform and enlighten thousands and thousands of people about animals in crisis.

“If P Diddy got a dog and named him Doddle, it would be P Diddy’s Doodle.”-Bonnie Hunt

The evening specifically highlighted the benefits of Animal Therapy, “And by that we dont mean your animals lay on a couch and complain about their owners,” explained the organizations President, Joanne Worley, “but rather the simple fact that visiting with animals makes people feel better!” The mission is to give patients residing in hospitals and similar medical care facilities the opportunity to participate in therapeutic, recreational and social activities conducted by trained volunteers and their pets. Pet Assisted Therapy goes beyond traditional treatment by providing a warm body to cuddle up next to and a spirit-lifting wagging tail to cheer the patients up. It lets the patients know that they are needed and loved and helps to improve their quality of life. This program has proven to give hope, love and companionship to the often forgotten members of our community.

“I was home one night reading a book and my dog dropped his ball next to me. I picked it up and threw it. He returned and dropped it a few feet from me. I stretched out to get it and tossed it again. The ball then came from somewhere behind me and I got up to retrieve it from where it had bounced … When it occured to me. My dog had just taught me to fetch.”- Barbara Feldon

It has been said that “great works are performed not by strength but by perseverance.” During Actors and Others for Animals long history, they have struggled, persevered and succeeded. Actors and Others has made a difference in the lives of hundreds of thousands of animals and humans alike.

Actors and Others for Animals is a California 501(c)(3) non-profit corporation dedicated to the promotion of the humane treatment of animals. Our main mission is to curb the pet overpopulation problem by subsidizing spay/neuter surgeries. Together with other vital services, we are there to help pet guardians living on a low and/or fixed income care for their beloved companions. 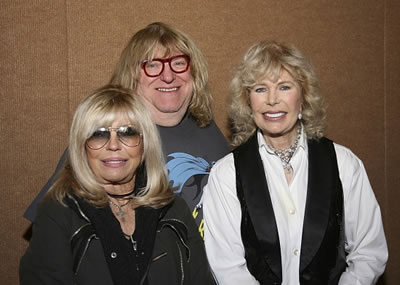