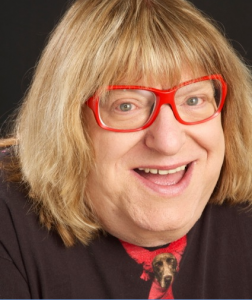 This is the story of Cindy, a 20-something whose dreams are bigger than her Midwestern hometown will allow. Set against the backdrop of New York City in the 1960s -women’s liberation, the civil rights movement, and protests of the Vietnam war-Cindy searches for her place in the world. A Sign of the Times, featuring chart-topping hits from the 1960s, celebrates friendship, love, and discovering one’s sense of self. This pop-fueled musical will run July 29 – September 4 at The Terris Theatre in Chester, Conn. A Sign of the Times will be sponsored by Essex Savings Bank.

1965. The pulse of a changing era lures Cindy from Middle America to the swirl of Manhattan. Unexpected friends, lovers, careers, and conflicts are all a subway ride away in a pop-fueled new musical featuring songs made famous by Petula Clark and other hit-makers of the day. “I Know a Place,” “The Shoop Shoop Song,” and “If I Can Dream” are among the fabulous favorites on an eye-opening ride from innocence to experience. Forget all your troubles, forget all your cares – go “Downtown” and find out who you are!

A Sign of the Times includes popular hits by Petula Clark, as well as classics by Elvis Presley, Lesley Gore, Nancy Sinatra, and Fontella Bass. The musical’s original book is by Emmy Award-winning writer Bruce Vilanch. Vilanch’s career as writer and performer spans the worlds of television, film, and stage. For television he has written for shows as diverse as “The Brady Bunch Variety Hour,” “Donnie and Marie,” “Comic Relief,” and “Hollywood Squares,” as well as serving several years as head writer for the Academy Awards. For Broadway, Bruce not only appeared as Edna Turnblad in Hairspray, but wrote the book for the musical Platinum and penned special material for a number of revues and concerts for the likes of Bette Midler, Michael Feinstein, and Diana Ross, among others. The story of A Sign of the Times was created by Richard Robin. This production made possible by special arrangement with Richard Robin, president of Wells Street Productions.

A Sign of the Times will be directed by Gabriel Barre. Mr. Barre has directed numerous productions for Goodspeed Musicals including Camille Claudel, King of Hearts, Sweeney Todd, Houdini, and Fanny Hill. In 2012 Mr. Barre directed Amazing Grace at The Terris Theatre and again in 2015 on Broadway. Off-Broadway he directed Andrew Lippa’s The Wild Party; Son of a Gun; Cyrano; Summer of ’42; Stars in Your Eyes; Honky-Tonk Highway; john & jen; and Almost, Maine. As a performer he appeared on Broadway in Rags, Starmites, Anna Karenina, and Ain’t Broadway Grand.

JoAnn M. Hunter will serve as Choreographer. Ms. Hunter’s Broadway credits for choreography include Associate Chorographer for All Shook Up, The Wedding Singer, Spring Awakening, and Curtains and Choreographer for the recent hits School of Rock-The Musical, and Disaster!. As a dancer, she performed on Broadway in Miss Saigon, Guys and Dolls, Damn Yankees, and How to Succeed in Business Without Really Trying, among others. She returns to The Terris Theatre where she served as an Assistant Choreographer for the 2004 Goodspeed production of Princesses.

Scenic Design will be by Paul Tate DePoo lII who most recently served as the Scenic Designer for Goodspeed’s Guys and Dolls and the Associate Designer for Broadway’s Lady Day at Emerson’s Bar and Grill. Costumes are designed by Jennifer Caprio whose credits include the Broadway’s The 25th Annual Putnam County Spelling Bee, as well as Goodspeed’s LMNOP at The Terris Theatre. Lighting Design will be by Ken Billington who has been nominated for nine Tony Awards, winning in 1997 for Best Lighting Design for Chicago. With nearly 100 Broadway productions to his name, some of his most recent designs include Dames at Sea, Amazing Grace, Chaplin, The Scottsboro Boys, Sunday in the Park with George, It Shoulda Been You, and The Drowsy Chaperone. He has also served as Lighting Designer for numerous Goodspeed productions including Amazing Grace, Lucky Guy, The Story of My Life, The 60’s Project, They All Laughed, and The Road to Hollywood. Projection Design will be provided by Benjamin Pearcy. Mr. Pearcy’s Broadway credits include Hedwig and the Angry Inch and Big Fish. Jay Hilton who is in his 31st season at Goodspeed will provide Sound Design.

The Music Director for A Sign of the Times will be Rick Fox whose Broadway credits include Doctor Zhivago, Jesus Christ Superstar, Rent, and Blood Brothers. Joseph Church will serve as Music Supervisor. Mr. Church is best-known for his music direction and supervision of the Broadway musicals The Lion King and The Who’s Tommy. Other credits include Amazing Grace, In the Heights, Little Shop of Horrors, Randy Newman’s Faust, and Radio City Christmas Spectacular. He returns to Goodspeed where he previously served as associate conductor for The Little Rascals, and as supervisor/orchestrator for The 60’s Project. Dance Arrangements will be by David Dabbon whose Broadway credits include providing the Dance Arrangements for Disaster! and additional Orchestrations for Sondheim on Sondheim. Casting for A Sign of the Times is by Tara Rubin Casting.