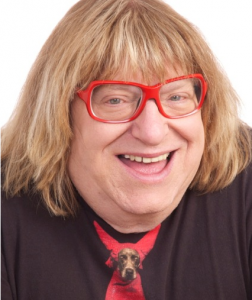 Editor’s Note: A previous version of this article incorrectly stated the Beverly Hilton Hotel was part of the Dorchester Collection. It is not. A correction has been made in the text below.

UPDATE, April 17, 5:40 p.m.
According to this story, “the LGBT rights group behind the secret conference for high-dollar LGBT donors [the OutGiving Conference] announced Thursday it has cancelled plans to hold the event at the Beverly Hills Hotel following news that its owner, the Sultan of Brunei, would institute policy in his country to punish gay people with death by stoning.”

Brunei, located on the north coast of Borneo in Southeast Asia, is set to enact a new penal code permitting death by stoning for multiple offenses including adultery, rape, publicly declaring oneself non-Muslim and being involved in same-sex relationships. A predominantly Muslim nation that is adopting Sharia Law under Sultan Hassanal Bolkiah, this new code will replace the previous sentence of 10 years in prison for gays.

Brunei has now come under fire from the United Nations. Rupert Colville of the Office of the UN High Commissioner for Human Rights has said that utilizing the death penalty for so many offenses “contravenes international law.”

He also said that “under international law, stoning people to death constitutes torture or other cruel, inhuman or degrading treatment or punishment and is thus clearly prohibited.”

Here in Los Angeles, many are calling for a boycott of two hotels that are connected to Brunei.

The Dorchester Collection is a series of luxury hotels owned by the Brunei Investment Agency, an arm of the Ministry of Finance of Brunei. In Los Angeles, these hotels include the Beverly Hills Hotel and Hotel Bel-Air. The same sultan who wants gays to be stoned to death owns these hotels, and it’s reasonable to assume that profits from the prestigious properties filter back into his country of origin.

Activist Cleve Jones posted to his Facebook a message alerting his friends and followers to the connection between the Dorchester Collection hotels and the Sultan of Brunei. Among those who chimed in, former Stephen F. Kolzak award-winner Bruce Vilanch posted:

Queer as Folk’s Michelle Clunie wrote, “Protest. Boycott. I am in and ready for anything. And I live about a mile away from the hotel.”