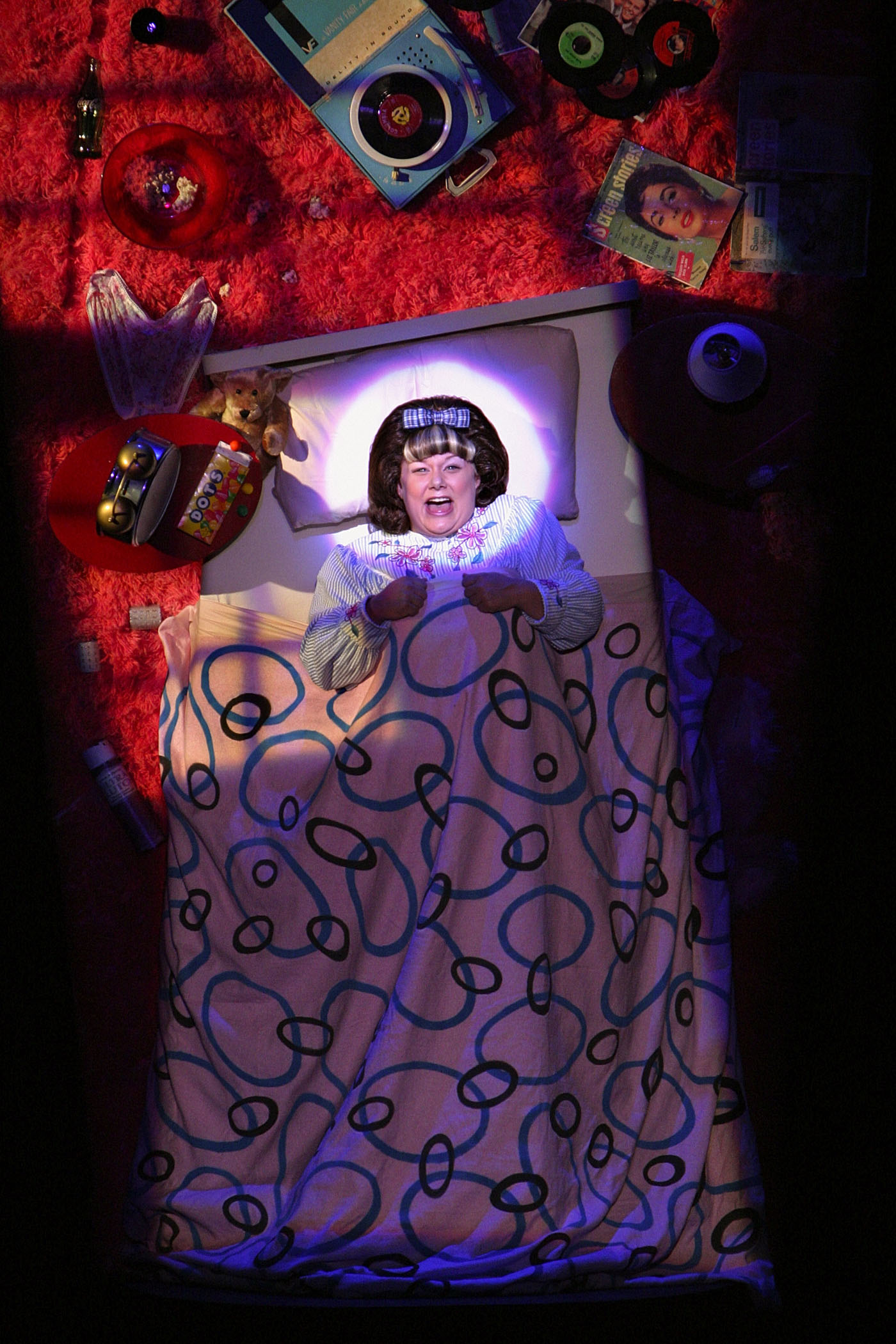 School is out and it’s time to turn on the TV for “The Corny Collins Show.”

This is 1960s Baltimore. Tracy Turnblad’s blue raspberry hair is an aerosol dream of “maximum hold.” Whatever they put in that hairspray — well, it seems to work.

All of Tracy’s candy-colored dreams are stuck to that lump sum (i.e., bigger hair means bigger dreams). With all of her heart, Tracy yearns for a spot on the popular “Corny Collins” dance floor; she has a crush on the show’s teen idol, Link Larkin.

Her innocence, will and tenacity (with the help of some Aqua Net), pay off in this Broadway musical that just landed at the Historic Orpheum Theater, “Hairspray.” The musical is based on filmmaker John Water’s semi-sweet comedy of the same name, wherein Waters describes some of his most beloved Baltimore heroes and heroines from an era of rhythm and blues.

Nineteen-year-old Carly Jibson plays “Tracy” and admires her character’s determination. “She’s a chubby girl, but she doesn’t care. She doesn’t make excuses. She doesn’t listen to anyone. She’s very smart, and she’s all heart,” Jibson said. “She’s a great role model for me. She’s not ‘just a chubby girl.’

Jibson, like Tracy, relentlessly pursues her goals. Scouted on a regional Michigan stage, she’s already spent a year making her way in New York City. Since landing the “Hairspray” gig, Jibson’s been living out of a trunk and two suitcases for six months as the show heads west across the country, including its month-long Minneapolis run.

Besides sightseeing, Jibson said she loves taking in local restaurants and eating out on the road with the crew. She and the rest of the cast also watch lots of movies and play games together. “These people are the only people you have while you’re on the road,” she said.

However, she’s not sick of her thespian family; far from it. “Everyone is amazing, so unbelievably talented, so amazing onstage!” Calling the notorious comedian, Bruce Vilanch, “a giving actor,” Jibson raved, “Bruce Vilanch — the name speaks for itself!”

Vilanch is “Edna Turnblad,” Tracy’s characteristic stage mother. He (yes, “she” is a he) is a veteran: Vilanch has written humorist pieces for the stars, including their award show routines (little ones, like The Emmys, Tonys and Grammys). He recently released his book, “Bruce! My Adventures in the Skin Trade and Other Essays.” However, he might be best known for routinely poking fun at celebrities on his third season of “The Hollywood Squares.”

Despite her hearty enthusiasm for traveling with a portable cadre of musical stars, Jibson said it can be a challenge to keep things fresh on stage, “Sometimes you get into a routine too much.”

That’s why Jibson said she loves onstage blunders that “puts you on your toes. Lots of actors are very methodical.”

Usually it’s a prop error that upstages someone’s lines, she said. “Sometimes you can’t grab onto something because there’s nothing to take hold of. Other times, an object you’re about to point to isn’t there. You have to improvise.”

Although they have another five months to go after Minneapolis, Jibson doesn’t expect her ultra-hold stardom to last forever.

“Eventually, it all comes full circle. You’re back on the street, with no job, no matter how great a part was,” Jibson said. “You always have to get another job.”