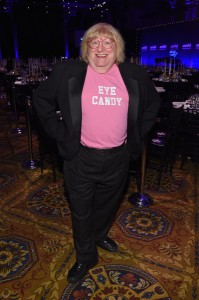 From Eugene O’Neill to Ryan Landry to Broadway stars, The Provincetown Theater’s 2015 season promises to have something for everyone. Both contemporary and early cutting-edge plays, a Broadway concert series, a centennial celebration of the Provincetown Players, a workshop of a new musical and Ryan Landry’s “Thoroughly Muslim Millie” on Sunday nights, there should be more than enough to entice theater-goers to leave the bustle and excitement of downtown Provincetown and flock to the theater’s off-Commercial Street location at 238 Bradford St.

There is even a new downtown box office at Kiss & Makeup, 244 Commercial St., to make it easier to buy tickets.

The season begins with Provincetown favorites Joe MacDougall and John Long in “The Lonely Planet” by Stephen Dietz from May 27-June 7. The play, influenced by Ionesco’s “The Chairs,” explores the evolution of two gay men in an unknown city during the AIDS epidemic. The play won the 1994 PEN Center Award for Drama.

July brings “Then & Now: A Centennial Celebration of the Provincetown Players.” A group of actors, writers, intellectuals and Greenwich Village bohemians formed a theater company in Provincetown in the 1920s and changed the face of the American Theater. Among the company members were Eugene O’Neill, Susan Glaspell, George Cram Cook and Neith Boyce, all of whom acted, wrote and produced new plays. Because of them, Provincetown became known as the birthplace of modern American drama. The theater presents an evening of short plays by these illustrious writers July 2-18.

August brings the Broadway comedy “Sex Tips for Straight Women from a Gay Man,” scripted by Matt Murphy and Jim Brochu and produced by Shawn Nightingale, to the theater. The play is based on the best-selling book of the same name by Dan Anderson and Maggie Berman.

David Mamet’s “Oleanna” plays two weekends in September. Directed by John Williams, the theater is producing the play in conjunction with Cotuit Center for the Arts.

In November, the theater hosts one play, to be announced, as part of the Tennessee Williams Theater Festival. And later that month “The Verge: An Experiment in Feminism,” takes the stage. This was Glaspell’s first full-length play originally produced by The Provincetown Players at the Wharf Theater. Frank Vasello directs.