Hartford Courant
‘A Sign Of The Times’
By Christopher Arnott
July 21, 2016 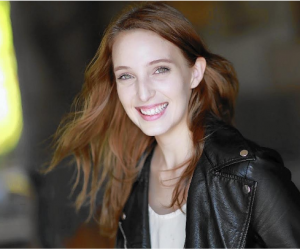 “A Sign of the Times” has some real star power associated with its world premiere production Friday, July 29, through Sept. 4 at Goodspeed Musicals‘ Norma Terris Theatre, 33 N. Main St., Chester.

The show, subtitled “A New ’60s Musical,” is written by Bruce Vilanch, the comedy writer known for punching up Academy Awards monologues, appearing on “Hollywood Squares,” and starring in the first national tour of “Hairspray.”

“A Sign of the Times” is directed by Gabriel Barre, who helmed the Goodspeed and Broadway productions of “Amazing Grace.” It’s choreographed by JoAnn M. Hunter, currently represented on Broadway with “School of Rock” and “Disaster.” The cast features Ephie Aardema, Nick Bailey, Bryan Fenkart, Robert Lenzi and Crystal Lucas-Perry, all of whom have cool New York and regional theater credits. Most of the members of the supporting ensemble have been in national tours of Broadway hits; Lauren Nicole Chapman, to name one, played Lauren in “Kinky Boots” at The Bushnell last year.

But the real motivating force for “A Sign of the Times” appears to be the creative team’s access to a cache of pop hits by Petula Clark, including “Call Me,” “I Know a Place,” “Downtown,” “The In Crowd,” “Color My World” (not the Chicago one), “Don’t Sleep in the Subway,” and, naturally, “A Sign of the Times.” The show also features hits associated with Dusty Springfield, Elvis Presley, Janis Ian, Lesley Gore and others.