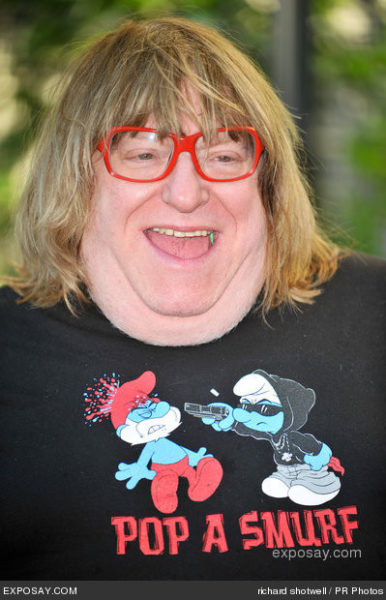 There are gala events â€” and then there are gay-la events.

More than 600 finely decked out ladies and gentlemen â€œCame Out for Goodâ€ at the Palm Springs Convention Center to support The Center, formerly known as the Golden Rainbow Senior Center in Cathedral City.

The organization has expanded and moved to 611 S. Palm Canyon Drive in Palm Springs.

Allan Murdock and Jim Eastin were honored with the Founders Award for starting a one-room senior center in 2005, catering to the burgeoning needs of aging LGBT valley residents. But with their pluck and drive, they turned that fledgling bird, then known as Prime Timers of the Desert, into a soaring eagle with 1,000 members, 15 board members and a growing troupe of tireless volunteers.

The Center has also become a major provider of food for more than 300 clients each week, making a huge difference in the lives of seniors and handicapped individuals.

The Center is now part of a network of providers supported by FIND (Food In Need of Distribution), directed by the event’s 2011 Leadership Award winner Lisa Houston, who was present with her husband, James Houston II.

For the past two years, after becoming executive director of FIND, Lisa Houston has helped nurture and grow The Center into a powerhouse that touches the lives of 80,000 people in the Coachella Valley.

The younger generation of Houstons â€” Lisa, Jim II and his sister, Jaimi â€” are carrying on the work of FIND and other philanthropies long supported by Jim Houston and his wife, the late Jackie Lee Houston.

When asked who else would fill the gap left by her late mother-in-law, Lisa Houston wisely stated: â€œWe all have a certain level of giving. Why can’t it be all of us? Think of what we can do as a community as opposed to what one person can do as the Lone Ranger.â€

Attendees were delighted by the high energy and serious sparkle of recording star Thelma Houston, singing her disco hits and Motown favorites. Many of the dancing queens and divas, including the ever-glamorous Bella da Ball, made their way to a makeshift dance floor in front of the stage, rocking out to Houston’s hit â€œDon’t Leave Me This Way.â€

The evening’s emcee/wit machine was the brilliant writer Bruce Vilanch, who has penned for the Oscars, Tonys and Grammy Awards. His humor and self-deprecating quips kept the audience laughing out loud from start to finish.

Among the gala-ites who paid $100 each were Palm Springs council members Ginny Foat, Rick Hutcheson and Paul Lewin; The Center’s executive director John O’Connor and board chairman Randy Lowe, along with supporters such as David Hood, Peggy Cravens, Jenifer Daniels of KPSP Local 2 and John Redford.

The Center
Next event: The Red Dress Party on March 24 at the Loretta Young house