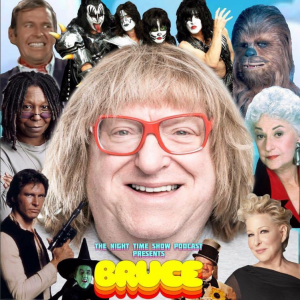 LOS ANGELES — Put comedy writer Bruce Vilanch on the spot by asking if he has a political gag suitable for the Oscars, and he makes a game try.

“There’s probably a joke in Trump buying three billboards outside Ebbing, Missouri,” Vilanch said, “because that’s all he does is publicize himself. So it seems to me you have a nice, clean shot on the ninth hole.”

He doesn’t have to sweat polishing the riff on best-picture nominee “Three Billboards.” While he’s crafted one-liners for hosts and presenters for 23 Oscar shows, he’ll be watching comfortably at home and with Koosh balls at the ready.

“So you can throw them at the screen when people you don’t like win,” Vilanch said. The ceremony airs at 8 p.m. EST Sunday, March 4, on ABC.

He isn’t playing at being a critic: In his salad days, he wrote film reviews and celebrity profiles for the Chicago Tribune. He and rising star Bette Midler clicked during an interview, and he helped shape her comic stage persona on his way to becoming an in-demand writer for TV shows and big-ticket events including the Tony and Grammy awards and Comic Relief, and for stars ranging from Billy Crystal and Robin Williams to Donny and Marie Osmond.

Admirers sang his praises in the 1999 documentary “Get Bruce!” about his life and work.

“Part of the way that people view me is because of how Bruce has written for me,” Whoopi Goldberg says in the film. “And I’m very grateful for that, because it makes me actually look much smarter than I am.”

Viewers got acquainted with the distinctively mop-topped, bespectacled man himself in a late 1980s revival of “Hollywood Squares,” in which he and Goldberg traded quips from adjacent squares.

After writing for a quarter of all Oscar ceremonies — this year is the 90th — and winning two Emmys along the way, Vilanch is uniquely positioned to size up the grande dame of Hollywood awards shows, and how it and repeat host Jimmy Kimmel can serve TV viewers and the anxious stars who fill the theater.

One hint: The jaw-dropping best-picture envelope mix-up of last year is pretty much a gift to Kimmel.

Vilanch says the movie academy has kept the ceremony template intact from the very beginning, “which is to give every award on the air. So you have to figure out a way to entertain the audience while the sound effects editor is thanking his Hebrew school teacher.”

Social media is routinely incorporated now in awards show — think of Ellen DeGeneres’ star-filled selfie at the 2014 Oscars that went viral on Twitter — but Vilanch says the Academy Awards are in a league of their own.

“The thing about the Oscars is it’s the biggest one. … I would love to see them do more to own the past and the history of the movies,” he said, but acknowledges that the passing years stand in the way.

“As you get farther and farther from the Golden Age, fewer and fewer people of the audience, outside of the theater, are getting who you’re referring to. … There will be a component of the audience saying, ‘Audrey Hepburn? Was she the one in the boat with the guy? Oh, she was Tiffany,'” he said, adding, unhappily, “It’s real.”

NO EGOS WERE DAMAGED IN THE MAKING OF THIS SHOW

A host who plays it “too inside or too snarky” is courting trouble, according to Vilanch. That includes even being mildly insulting to actors and filmmakers who are on hand to be celebrated, as 1995 host David Letterman found when he turned Uma Thurman and Oprah Winfrey’s given names into silly sing-song.

“Neither of those women were there that night to have their names made fun of. They’ve come a little farther than that,” Vilanch said. “They’re sitting there and it’s like, ‘Really, TV boy? This is what you’re going to do, you’re going to make fun of my name?'”

Audiences in general have become very sensitive to humor they deem cruel or unseemly, Vilanch said. A joke about a heavy-set actor, for instance, likely won’t fly even if it’s delivered by a similarly rotund comedian, he said.

How to avoid putting a foot wrong in writing for a ceremony seen by millions, even in an era of declining ratings?

“You have to trust your judgment, and sit down at your computer wearing a parachute kit. Just in case,” he said. A line might go too far, but if it’s “a beauty, it might be worth it.”

For an industry in the midst of confronting alleged misconduct by major figures, how can Kimmel pay heed to the crisis yet keep it from overshadowing Hollywood’s biggest night?

Golden Globes host Seth Meyers handled the issue deftly with quips about Harvey Weinstein and others facing accusations, Vilanch said. But a broad-brush approach may be smarter at the Oscars.

Calling out individuals who are under a cloud and are past Oscar winners is an intersection that could prove embarrassing to the movie academy, Vilanch said.

“The more general, the better. Now that I’ve said that, who knows what Jimmy Kimmel will do,” he said. He lauded the ABC late-night host for “brilliantly” handling last year’s best-picture disaster and suggests Kimmel “can spend time on that, which kind of deflects everything else. … It’s almost like a gift.”

Asked to pick a favorite among the nearly two-dozen Oscar shows he’s worked on, Vilanch settles on one that included the stuff of highlight reels.

It was 1992, the year that Billy Crystal hosted and Jack Palance, announced as best supporting actor for “City Slickers,” did one-armed push-ups on stage to prove he still had it at age 73. Vilanch, his fellow writers and Crystal churned out a series of jokes about the moment to be delivered by Crystal at regular intervals.

“It was so insistent that Billy’s manager came backstage about an hour in and said, ‘How many more of these are you going to do? I’m running a pool in the audience,'” Vilanch recalled. “We won an Emmy for writing that show.”

It also became an Oscar template.

“From then on, every other host was watching the show in the wings, and as things were happening we were writing new jokes,” he said.